Dullstroom also known as Emnotweni is part of the lowveld panoramic route. Established in 1883, Dullstroom is en-route to the Kruger Lowveld (Kruger, Sabie, God's Window, Mac-Mac falls) and a favourite stops for tour groups from all over the world. It is an ideal weekend destination for visitors from Johannesburg and Pretoria and conveniently situated 2,5hours drive from JHB and 2 hours drive from Pretoria. A romantic breakaway spot for couples and a great family get together spot for larger groups. Children and adults have an array of fun and exciting activities in the area.

Dullstroom is one of South Africa's premier fly-fishing destinations.
The town features the highest railway station in South Africa at 2,077 m above sea level as well as at the foot of De Berg, the highest point in the province at 2,332 m high.

Dullstroom is on the Panorama Route, halfway from Johannesburg to the Kruger National Park. Dullstroom is a a charming little hamlet situated in the heart of the Highlands Meander, a beautiful part of Mpumalanga, noted for it's clear streams and trout fly fishing, lakes and breathtaking scenery. Dullstroom abounds with scenic hikes, horse riding trails and picnic spots beside breathtaking waterfalls, with an abundance of wild flowers and secretive fauna.

Dullstroom dates back to the early 1880's when Dutch Settlers made their way to the place of "eternal mist". The town is situated at 2100 m above sea level, making this one of the highest towns in the country. The architecture in Dullstroom is a mixture of 19th and 20th century building designs.In the 1880's emigration to South Africa was strongly encouraged by president Paul Kruger and support committees were set up throughout Holland. In 1883 a company, led by Wolterus Dull, was established to strengthen ties between the two countries. The company then bought the two farms, Groot Suikerboschkop & Elandslaagte , in order to establish a settlement. The first settlers from Holland arrived during the period 1884-1887. Wolterus Dull visited the farm Groot Suikerboschkop during 1890 and found that the settlers had established a small village.

Dullstroom was proclaimed a town in 1892 by Paul Kruger and was originally named Dull's-stroom, later simplified to Dullstroom , after Wolterus Dull and the Crocodile River ("stroom" is an Afrikaans word meaning "stream")which flows nearby. In 1893 it consisted of 48 people, eight houses, three stables, 10 cattle kraals and the " Boeren Handelsvereniging " trading store. When the British solders occupied Dullstroom in May 1900, during the Anglo-Boer War, they virtually razed the village to the ground. The women and children were removed to a British concentration camp in Belfast. Many died fighting and others died in detention. A stone memorial and garden of remembrance remind us of those terrible times. After the pitched battle of Dalmanutha (August 1900), the war assumed the form of guerilla warfare and sporadic fighting occurred in the area.

"Long Toms", the cannons, which the Boers used to try and dislodge the British from Lydenburg in the battle between the Boers and the British in the Anglo-Boer War (1899 -1902) in the Lydenburg area,were more easily moved as they were fitted with 4 wheels, whilst the 5 inch British guns guns had only 2 wheels. The Boers also fired with the Long Toms at ranges which were too far for the British field artillery to reply. An encounter took place in December 1901 at Elandspruit which resulted in British and Boer casualties. After the war some of the immigrants, including T.N.H. Janson, returned and started to rebuild the village from the ashes.

By 1920, 8 shops had been established and in 1921 the village was granted the status of a Town Council.

Dullstroom used to be a sleepy little village in the mist belt. But the seeding of a few trout fingerlings has turned it into the last Scottish outpost in Africa.
The trout industry started back in 1912 when J. Gurr the postmaster of Lydenburg, unexpectedly caught a fish that looked like a trout in the Dorps River. The first trout fingerlings were released in 1916 into a few local streams from hatcheries in the mountains of the Cape Winelands. F.C. Braun, the local watchmaker and jeweller took over the job of stocking the streams with trout, after Gurr's departure from town.

The first stocking in this district of Dullstroom took place in 1927. Trout hatching boxes were placed and attended in the old municipality dam. The present municipality dam was constructed during 1965, and was stocked in the following year with 17,000 trout fingerlings. The hatchlings did so well that tourism, angling and the breeding of trout for the table and stock, form important industries in the Dullstroom District. 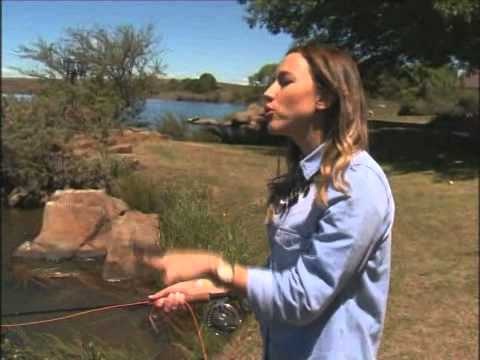 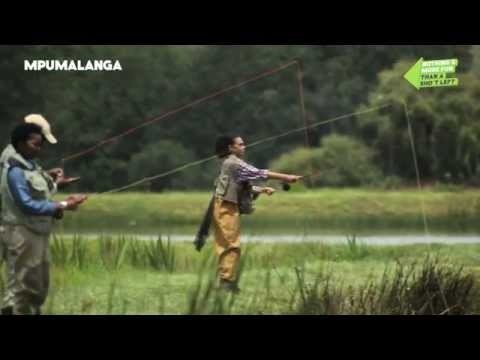 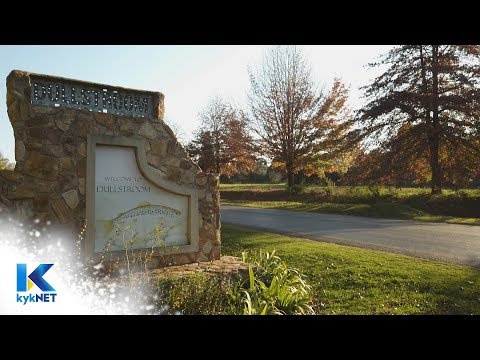